Drat. i’ve definitely lost my edge.
It might very-well be permanent. At best, it’s by far the longest creative dry-spell i have ever been through.
Usually, art is something i do because i feel intensely compelled to do it- there’s an urgency to it, a frantic necessity to be inhabited by whatever more intensely charged force is hovering in the air, knocking at my door and waiting to be let inside; to stir my soul from sleep with a newfound weightless energy that moves and inspires and carries-me up and out of myself, just for a little while…to cast aside and be momentarily free from the oppressive weight of Self and self-awareness; that need to uphold and remain bound within the self-defined contours of my personality- all those meticulously crafted, obsessively overworked layers of frumpy, ill-fitting, kinda sweaty and frankly just plain SILLY stage costumes i’ve sewn, stitched, hot-glue gunned and safety-pinned my poor soul into over the years.

…Oh what tangled webs we weave, when wee little girl-spiders first learn to lie- and begin to spin-away and spin into some femme-fatale disguise,

and only later- much too late, do we come to realize,

…that, in-fact we’re NOT the Spider,

[That was super Deep, i know. The profundity abounds…]

…that’s putting-it mildly, so let’s rewind a bit: Remember wayyy back- when i was talking about artistic inspiration? and my recent lack there-of? And the mysterious absence of that creative spirit, which, until recently, was usually right outside, standing at my front door? Ok, so getting-back to that:

… At the moment, however, not a one of these metaphorical muses has come a knockin’ for such a long time it’s just downright rude…they could’ve at-least sent a fruitbasket.
So, in the absence of inspiration, and without ever having actual technical training or talent, i’ve been spending the past few months making just really stupid art instead.
Specifically, i spend a lot of time wandering aimlessly around my backyard & stopping to stare at plants. (Picture, if you will, a lone, rabid nocturnal critter- oh say, an Opossum?-  all dumbstruck and squinty-eyed beneath the unaccostumed horror of daylight. It’s not entirely inconceivable that this is exactly what i look-like at the moment. Unlikely? Yes. Nooo question. But Impossible? nope.)
What i’m actually doing is compulsively photographing the foliage. Foliage. Exclusively. That’s been the full-extent of my creative output over the past 4 months, give-or-take.
Sure, it all sounds fairly benign- nothing to get all worked-up & bent-outta-shape about. What’s so awful about a few not-so-unpleasant photos of bushes and leaves and pink-puckered petals?
They’re fine. They’re nice. a fine bunch of nice.
and of course, plants ARE genuinely lovely, and i love flowers, and everything about nature is almost unbelievable when you’re really looking, because it really is magic- the Golden Spiral, the Fibonacci sequence, all of Sacred Geometry, even fractals can get me all teary-eyed. It reminds me that there truly is something greater out there- Okay, Whoa. Hold-up. Egad.
[ i realize this is rather abrupt, but this situation calls-for swift and immediate action, in-which i simply must put-a-stop to this unexpected train of tangential runaway thought, for all our sakes. Trust-me, things were beginning to unravel…]

Point is, compulsively taking photos of sad stupid flowers feels somewhat troublesome. Disconcerting. Nervous-making. Typically, whenever my art starts to err on the side of Hallmark-card cheesy, it isn’t long before i find myself scraping the bottom of my creative wellspring, scooping out the watery dregs of uninspired muckamuck.

Then i sigh the confusing sigh of an insatiably melodramatic person who, also, quite frequently gets very, very depressed- the kind of “Depresssed” that trumps all my melodrama and simply cannot muster the will to wonder “what oh-so sad song would be playing in the background right now, as i weep poetically into a bowl of cereal? Bright Eyes? Please, no more Bright Eyes…
Other questions My melodramatically depressed self would like to know, but my genuinely/scarily depressed-self is too suffocated by apathy to care about:
Is my face framed cinematically, illuminated by the ambient glow of deceptively flattering lighting?
…As i gaze forelornly out the rain-kissed window of this moving train car…as we flee the pandemonious chaos of war-torn London?
Most importantly, do i think i could i pass for a slightly mousier version of Kirsten Dunst in ‘Melancholia’? If not, why not? try harder. You’re just being lazy, you little Sloth-like thing you.”
I think i had a point, at first. Something about taking pictures of flowers. Well, this is what i wrote, before i inserted that tangent in the middle. Pardon this-here graceless non-sequiter…
My fits of flora-photography always portend an imminent fall from the safety of my inverted gaze- my mind’s inner infinity where as a child my soul built me a kingdom. When i can’t access that wellspring of imagination fueled inspiration, i tend to get a little desperate. Ideas that have been wrung-out & beaten to death & overused to the point where their only place is scrawled across posters & calenders displayed on the walls of unemployment centers, inside hallmark cards, and quoted in self-help books.

So here you have it: the death of me as maybe-one-day becoming an artist. Life is like a dying flower…so fleeting. So beautifully finite, this whole world of perpetually fading ephemera. Et-cetera. Anyway. This was an epically tangential introduction to what amounts to like 4 photos total.
Ay-me.
Here: some photos, of flowers, in poetically contraposto decay, taken by me, from the nadir of inspiration.

Note: The entirety of this post is a testament to my tendency to be a wee melodramatic, at times.

Thank you for reading this, oh kind & patient stranger.

Also, Sorry if this was weird.
Thankyou i’mSorry TheEnd :)

hullo? is there anybody there? ...no, huh? sigh. thought not. Well, this is not a good feeling. what's wrong with me?? if you're there, please tell me ok? be brutal! be totally honest! i swear i can take it! (right. or just click "like" on the goddang post...)

a smattering of some utterly infinitesimal imago: 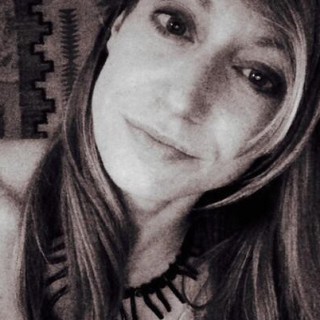 “Tapetum Lucidem,” literally meaning “Bright Tapestry,” is the technical latin term used to describe the phenomenon more commonly known as “Eye-Shine.” This is the reflective layer that exists behind the iris of certain (mainly nocturnal?) animals that absorbs and refracts sources of external light, thus affording these creatures with the necessary trait/enviable superpower of night […]

i am OUT: Off in-search of a longlost kingdom i’d once called Elsewhere… so leave a message, i’ll Be Back Later. oh hi there. abby here. me, doing what i do best: trampsing through the forest in long effluvious dresses like some sort-of Marie Antoinette-esque faux Bohemian will-o-the-wisp-ish Nietzschian Dionysian desperate hipster. but really, i’m […]

more nonsense, i suppose? it’s a total catastrophe but i think some of the words make pretty images and most of it rhymes so….

plus i really meant a lot of what i wrote when i wrote it, and i’m sure i still do. so, i figured maybe someone else might catch a glimpse of some shiny fragment, some glint of meaning somewhere in this wreckage too…maybe? who knows? (shrug) okbye.:) It Is There- just beyond the static of […]

Atherton’s Magic Vapor! Stop Reading this insane incoherent gobbilgook of sounds that sometimes sound sorta-like-words, and GO READ actual words that not only make sense, but glow with the rare brightness of insight that is truly beauty illuminated, and quite honestly brilliant.

Please, go over and ogle, with eyes agog, jaws agape, soul astirred, palm upon, a gasp inhaled inheld, halted to inhabit the espirit in-being before returning the fast-flitting spirit of my big sister’s brilliancy, and i know- you could hardly forsee that seemingly rando twist coming, , but quickly catch-up cuz this wordsmithin’ ain’t […]

​​ Sometimes, i’ll be driving along the highway, and suddenly it’s all i can do to resist the urge to just give-in, to pull over and leap from my car, as i run madly and wildly plunge into the nearby jungle, as i thrash and hack my way deep into the forest, where i’d start […]

Oh tell me lost and lovely spark, now that you’ve gone to be amongst the moon and all the stars, are you lighter, is it brighter…up there in the dark?

we’re never more illuminated, cast in brilliant light, then when we burn in beauty- beating back the black  till dawn appears in sight.  Leave this field of bone-white ash & cimmerian cinder pyres;  For our darkest nights ignite the soul, as some re-kindling of fire.

“what i want in this life is a willingness to be dazzled. to cast aside the weight of facts, and maybe, perhaps- to float, just slightly above this difficult world.” (just a few utterly lovely lines of poetry, written by the one and only, inordinately extraordinary Mary Oliver) anyhoo: hi. i’m abby. that’s me. right … END_OF_DOCUMENT_TOKEN_TO_BE_REPLACED

Drat. i’ve definitely lost my edge. It might very-well be permanent. At best, it’s by far the longest creative dry-spell i have ever been through. Usually, art is something i do because i feel intensely compelled to do it- there’s an urgency to it, a frantic necessity to be inhabited by whatever more intensely charged … END_OF_DOCUMENT_TOKEN_TO_BE_REPLACED

My dreams in afterglow, my chiaroscuro imago, and other acts of Letting-Go.

artwork by abigail allen- come inside to explore the visual landscapes of my mind’s eye’s interior. The Ancient Greeks had a great word, “Eidolon,” which means both ‘soul’ AND also, ‘image.’ For The Greeks, these two words were utterly interchangeable. For modern day Americans, not-so-much. I love this word, Eidolon…and if i were a Bell, chiming-away in some Paris Cathedral,
or a bi-curious wood-elf, or an imaginary kingdom, or a star, a unicorn, or a new color! (definitely like a mist-gray, but gossamer-shimmery, like the best figure-skating costume EVER…oh, sorry- did i lose ya there? Yeah- i was a big-time figure skater for a decade of my misspent youth. It was, in a word: Horror.
But my point: if i were an elf, a bell, a color, star, unicorn, enchanted kingdom or “classy” shimmery lycra figure skating costume, i’d drop the whole “abby” act like a bad-habit and change my name to “Eidolon” immediately. But, more than its aural loveliness, it expresses something about who-we-are today, very clearly, to the mind. My art wants nothing to do with the mind, or “knowing.” What i DO want, is to make art that needs only be FROM my heart in-order to ensure it gets deposited into another, in-a-way that makes us feel like our pain and sorrow are simultaneously utterly justifiable, and also, no- we are NOT unique. If ANYthing, we are all, ALL-too Human…Exploring the Visual language of the soul, as conjured within the landscapes we explore through our mind’s eye. This is where wisdom roams like a wild beast through a dazzling darkness. If we really listen, we can hear its heart-beating, just beneath the surface. Mind’s Eye drawings, photos, etc., by Abigail Allen. what does it take to believe in what we can’t prove? Does the soul yearn for what we lost, for that capacity for Wonder?